What Does the New “Rule of Six” Mean?

What Does the New “Rule of Six” Mean? 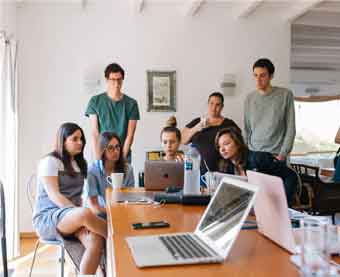 Whenever new lockdown rules and restrictions come into force, there are always plenty of questions about what they mean, how they work, and who they apply to. This is equally true of one of the latest lockdown-related rules introduced on Monday, September 14th, the so-called “rule of six” which means that people can’t meet up in groups of more than six either indoors or outdoors.

Although it’s a simple law on paper, there are certain details and exemptions that people should be aware of. For example, there are different rules surrounding events like weddings and funerals where groups of up to 30 can gather together. And unlike some of the previous lockdown guidance and rules, the new rule of six is enforceable with fines.

What is the ‘rule of six’, exactly?

The new rule, which came into force a week ago, means that you cannot meet up with people in a group of more than six people both indoors and outdoors. This rule applies to people with whom you don’t live.

So, if, for example, your household is made up of seven people, you wouldn’t be allowed to invite anyone else into your home, even if they’re family members or part of your support bubble. It’s also worth noting that children are counted in the rule of six—they are not exempt.

Does it apply to friends, too?

It applies across the board—friends, family, business associates, etc. The point is that you can meet up with no more than six people either outdoors or inside.

Under previous rules, you could only invite one person from outside your household to visit. This has now changed with the introduction of the rule of six.

What about at work?

Workplaces are exempt from the rule of six, as are educational institutions and specific events like weddings, christenings, and funerals.

In fact, the rule of six does not apply to any “standalone religious and belief-based life cycle ceremonies”. In these situations, up to 30 people can mix together, however, participants should do their best to maintain social distancing and avoid mixing too closely with people they do not live with.

A worker, contractor, or tradesperson is also allowed to enter your home to carry out work, regardless of how many people live in the household.

What happens if I break the rule of six?

As mentioned above, the new rule is enforceable by the police who have specific powers in regard to it. This means that it is now officially against the law to meet up in groups of six or more. If you do, then the police can dish out fines of £100. These fines double each time the rule is broken and a new one is issued, up to a maximum of £3,200.

Why has the rule been introduced?

The rule of six has been introduced by the UK government in a bid to try and battle the increasing number of COVID cases in the UK. It’s as simple as that. The government has noticed a rise and is now trying to prevent a so-called “second wave”.

This just illustrates that despite the easing of restrictions, the virus is still here and that we all have our part to play. We can do this by wearing masks, maintaining social distancing, and regularly washing and sanitising our hands where possible.

At Hand Sanitiser Station, we’re playing our part by supplying a wide range of hand sanitation. Sanitiser Dispenser products to private individuals and businesses at competitive prices. To find out more, visit our online store and blog.